Are 60 pairs of underpants enough to last for eternity? 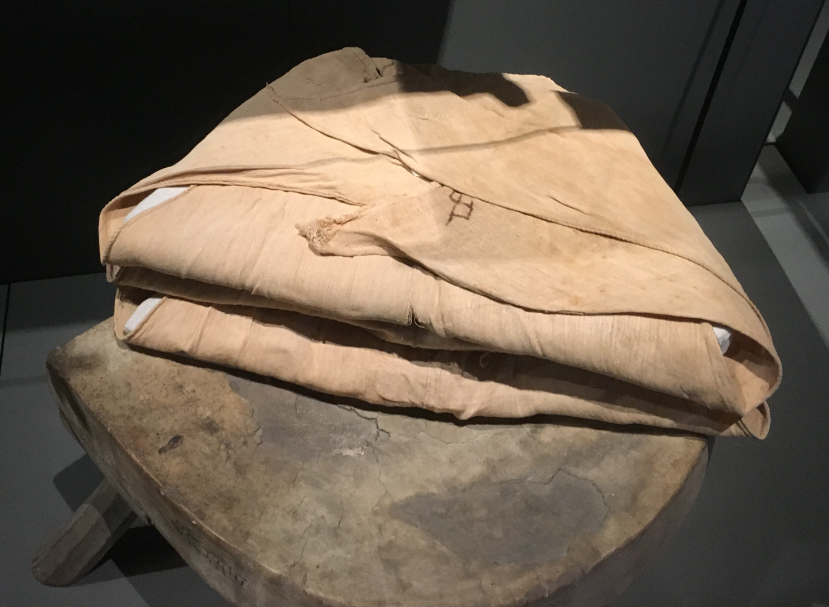 For the Ancient Egyptians, much of their life on earth was spent in preparation for the eternal existence of their ba and ka (roughly equivalent to what we call our ‘soul’). Death was not the end of life, but another beginning.

There were strict rules to follow. It was essential that in the weighing of the heart, at the beginning of the journey in the afterlife, its weight was no more than that of a feather. To achieve this, obedience to the forty-two ‘Divine Principles of Ma’at,’ the Goddess of wisdom, truth and justice, was indispensable.

Lead a good, honest and blameless life, then the scales would move in your favour. However, if the feather rested higher than your heart there was someone waiting to end your journey.

With the head of a crocodile and her body a blend of hippo and lion, Ammut ‘The Devourer’ was the most feared of all demons. She waited greedily by the scales to eat any heart which failed the test. Without your heart, which the Egyptians believed was the source of intellect and personality in the body, your life ended.

In preparation for their eternal existence, great care was taken in the preparation of the tomb. Wall art depicted important aspects of the life of the incumbent as well as offerings to the gods. Bodies were buried with a ‘Book of the Dead’ which would aid the deceased in his journey through the underworld. These ‘Books’ are not a single text but rather a compilation of spells believed to equip the dead with knowledge and power, guiding them safely through the dangers of the hereafter and ultimately ensure eternal life. Littered with pictures of the deceased aboard boats, making offerings, receiving gifts from the gods these are truly amazing works of art. Written on Papyrus they can extend for many metres in a continuous scroll. The longest known example, that of Nestanebetisheru, a woman living in the 21st or 22nd Dynasty, is 37 metres in length!

For Kha, a tomb builder, ‘Overseer of the workers at Set Ma’at’ and a major character in ‘The Awakening Aten,’ his ‘Book of the Dead’ now on display in Turin Museum is, a still impressive, 18 metres long. His story is one of the main inspirations that enabled me to write this, my first novel.

Kha’s tomb, which he shared with his, obviously much-loved wife Merit, was discovered, intact, by the Italian archaeologist, Ernesto Schiaparelli, in 1905.He was given permission to export everything and therefore, all of the items which they, or their children wished to be buried with them are now in a room in the Museo Egizio, Torino.

What a story they tell!

Coming back to my initial question, why would Kha, a tomb builder for three Pharaohs, living 3500 years ago, be buried with 60 pairs of underpants?

Was he obsessed with cleanliness? He lived to be around 60, which was a great age for the time, did he suffer from incontinence at the end of his life?

Each item of clothing bore Kha’s embroidered monogram or his name painted in hieroglyphs. This wasn’t so he would recognise his underpants in the afterlife, but was to ensure he got them back from the laundry during his lifetime.

Although life was very basic for ordinary people in Ancient Egypt, they were extremely well organised and the workers’ village had its own laundry system and people like Kha, would have their clothes washed for them.

Writing ‘The Awakening Aten’ has been a tremendous experience. From the gem of an idea more than 10 years ago to its recent publication has been a test of nerve, patience and never ending research. We sometimes feel we know a lot about Ancient Egypt, but the more research that is done, the more we realise that, in fact, we know very little. A big problem for me was to know how much, of what I learned, to leave out.

It is so easy to get distracted and go off on a tangent. I could happily spend many more days than I already have, just in Kha and Merit’s room in Turin Museum. The detail in the ‘Book of the Dead’ is phenomenal Sadly I am (at least, not yet) able to read the hieroglyphs but the pictures are enough to hold my attention for prolonged periods. Merit’s compartmentalised, wooden, cosmetic case with its duck headed jar and colour co-ordinated kohl stick, its numerous creams and perfumes and grooming essentials; or Kha’s shaving kit, kept in a leather case with shaving cream based on beeswax, different size razors and horse shaped tweezers, all make me feel closer to the people they were.

I hope that ‘The Awakening Aten, has done justice to the lives of Kha, Merit and the other characters in the novel. This is Book One of the ‘Aten Saga’ and the start of a long journey. This and the following books ‘The Rising Aten,’ ‘The Gleaming Aten,’ The Setting Aten’ and ‘The Sleeping Aten’ take Kha, Merit and their descendants through life changing events over a period of some 130 years. The interconnections with Pharaohs and others, real and fictional, will lead us on a journey of biblical proportions.

I hope you will enjoy reading, ‘The Awakening Aten.’ Please let me know what you think of it, you don’t have to be kind, but please be gentle!

So, Are 60 pairs of underpants enough to last for eternity?

Obviously not! Amongst all of the gold, faence and precious jewels found by Carter in Tutankhamun’s tomb, were 145 loincloths! I’ll let you know if I ever find an advance on145!!